Menu
Your Cart
PLEASE BE AWARE NOT ALL PRODUCTS ARE "IN STOCK"- STOCK DEPENDANT ON SUPPLIER- PLEASE CALL 01206865544 or EMAIL SALES@6TWO1.COM for ACCURATE DELIVERY TIMES

Roadtrip to Remember - Scottish Highlands in an E92 M3

This Corona Virus has really stalled life, its nothing like any of us have ever experienced. I know a few of you out there are probably may not believe everything the Government is feeding us, nor the News Media. But, a fact of what is happening is life is going to change for us all.

I had my annual snowboard holiday cancelled on Thursday evening & I had the bright idea on a Friday afternoon of driving up to Scotland with no real plans except for hitting a mountain for some snowboarding & doing some driving roads up that way.

I could not turn the opportunity down, I took my BMW M3 along for the journey, purely because I friggin love that car & over the last few years its had very few journeys that I'd hoped to have taken it on. With my Nissan & Civic being such big projects, the M3 has somewhat become the car I take out to dinner, which although I love doing it, it was never what that car was meant for, nor what I bought it for.

So this trip seemed to be the perfect opportunity to get it out of the Garage, fresh set of tyres (I opted for the Pilot Sport 4S) and a full tank of fuel, setting off at 6am Sunday which turned out to be a fantastic decision as I missed a huge bulk of what I can imagine would have been a very busy A14.

I had a real trouble free Journey up, the M3 is such a fantastic GT car, comfortable, smooth and powerful when you need it.

Once passing the Scottish border, I realised I actually hadn't got anywhere to stay. I made the decision to divert from our original path and head to driftland for a quick pitstop and to say hello to the people who have now taken over running of the Drift arena! It was cool to see and got a few passenger laps out with Stu in his M3 Powered compact!

Pulling up in the highlands for a quick photo opportunity and to work out where I was going to stay, Craig from Craig Does Drift, advised me to go to Cairngorm Mountain for some fun Snowboarding, so was headed up that way.

This was the first ever time I'd done a trip without having accommodation booked & It wont be my last. What an adventure it was just to be able to hop in the car and go with no plans of where you need to end up! Technology has made it so easy now to book a room anywhere you want, I highly recommend it.

Thankfully I found a really nice little hotel in Aviemore and settled for a couple of nights there while I headed up the mountains for a couple of runs before the wind shut it down unfortunately. but it was cool to get just a bit of boarding in this season with all things going on.

Driving back down from the Mountain, I pulled up next to this absolutely gorgeous Loch. I couldn't turn down grabbing a few photos!

Thankfully, still had almost a full day ahead of myself, so decided to go find Nessy!

The roads around the Scottish Highlands are just incredible & hadn't even experienced the best yet...

Was great to visit Loch Ness, glad I can finally say I've been, although, I wont be putting Monster Hunter on my Linkdin profile just yet.

Loch ness was amazing, I've always wanted to visit and I can confirm this wont be my last time, the weather, excluding that photo above was horrible. I want to go and explore the village a bit more !

After checking google maps and whatever else I could swing by for a photo op on my travels, i found out Glenfinnan Viaduct wasn't too far out the way, about an hour from where i was & after seeing the Hogwarts Express ride over it I had to swing by.

I'll be honest, I've never directly driven out of my way before to take a photo of a bridge but I'm glad I did, was some solace to the place. 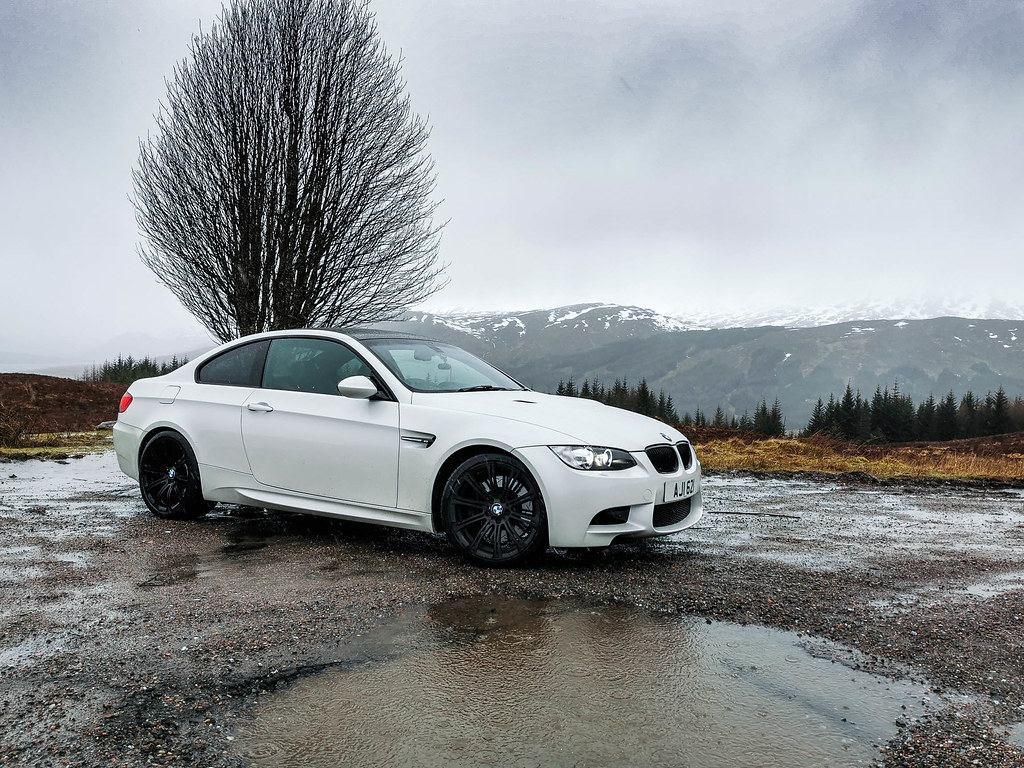 This trip had a lot of me just driving into a spot on the side of the road for a photo, The scottish highlands is just perfect views, almost constantly!  Maybe a 6TWO1 NC500 Roadtrip can be organised once Corona fucks off!

My journey then saw me head forward to the Isle of Skye. I'd heard about a place called the Fairy Pools & thought if there was one place my mum would have wanted to visit up this way, it would probably be that. So I wanted to go to grab a photo and send it over to her!

Driving along part of the NC500 and a castle just, appeared. In the middle of the water lol. 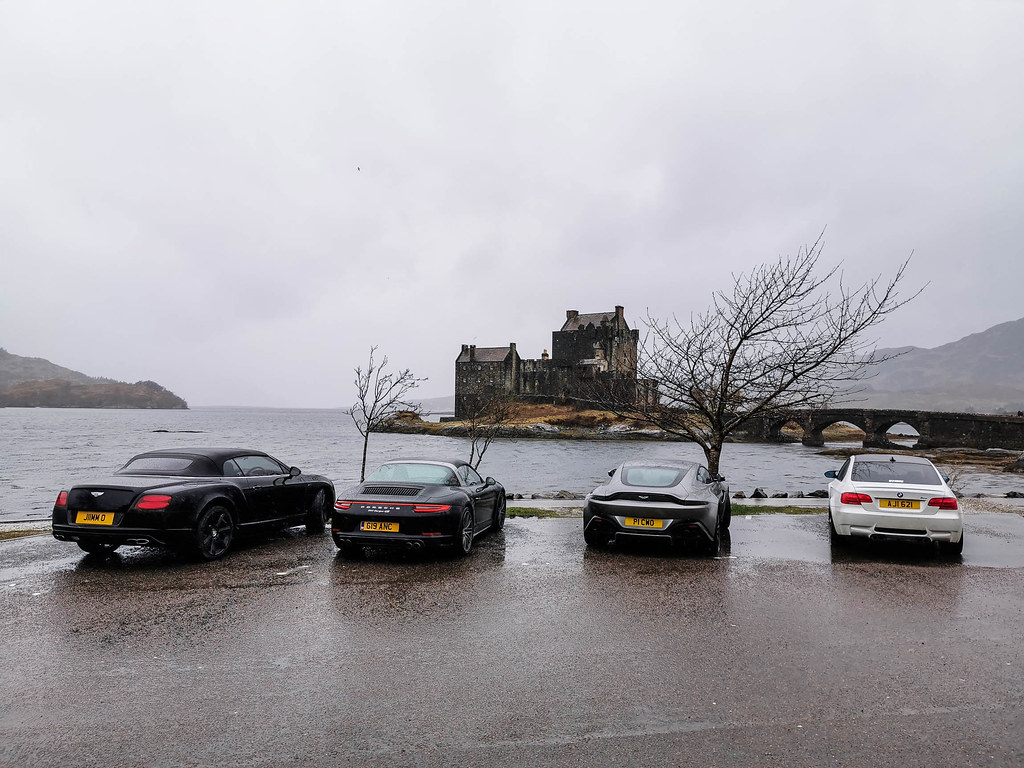 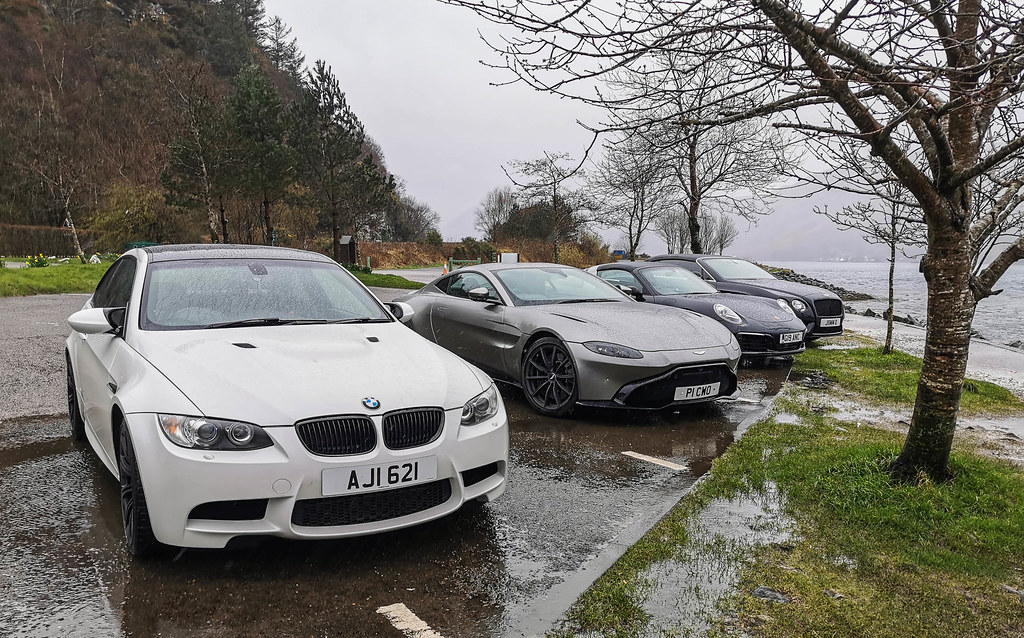 Eilean Donan castle is before the bridge that heads onto the Isle of Skye, I did the tour, found this beautiful array of cars I had to park up next too in the car park & Grabbed a photo. It was awesome!

Although, I started day dreaming whilst walking around, being from Colchester (greatest place in the Uk)  We have an amazing Roman castle in the Town Centre. But this one was only around few hundred years old & was all rebuilt so it really wasn't as authentic as Id hoped, pathetic. I joke, but it was still a great place to have a well earnt rest from the driving & didn't half give an unreal view! 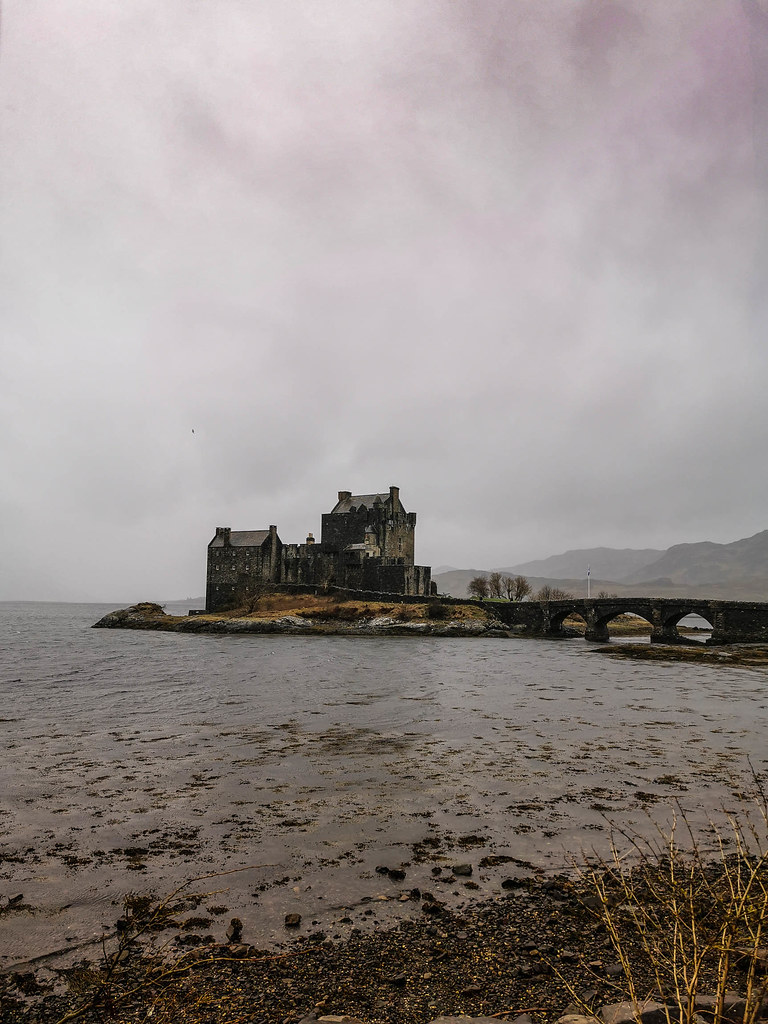 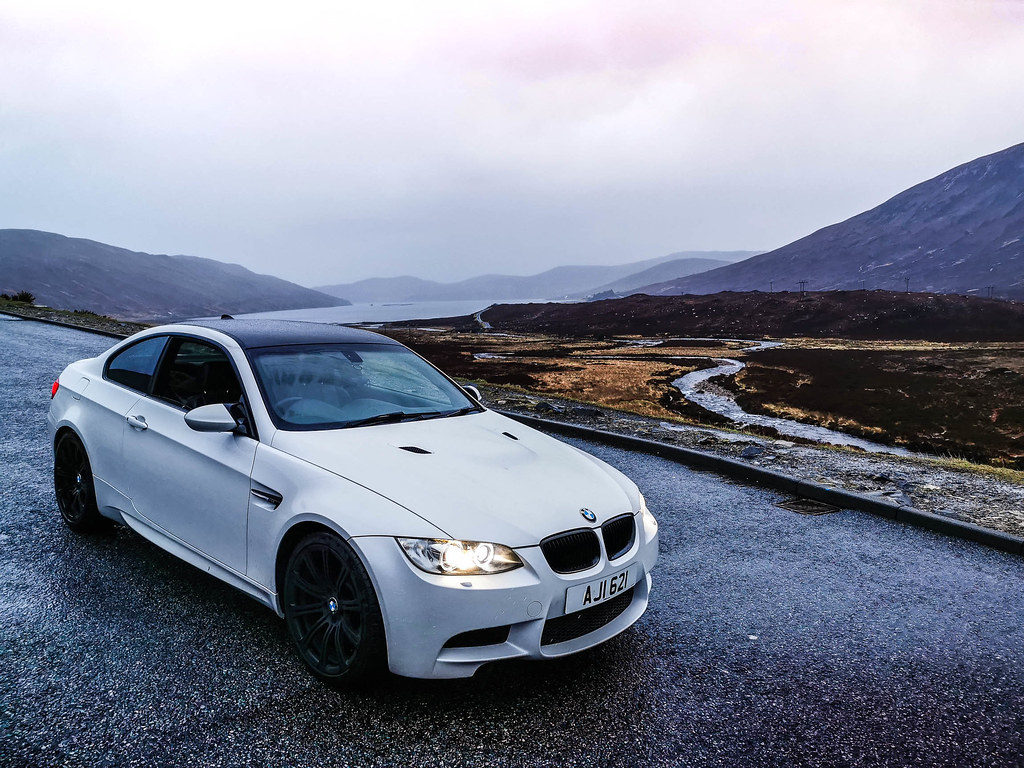 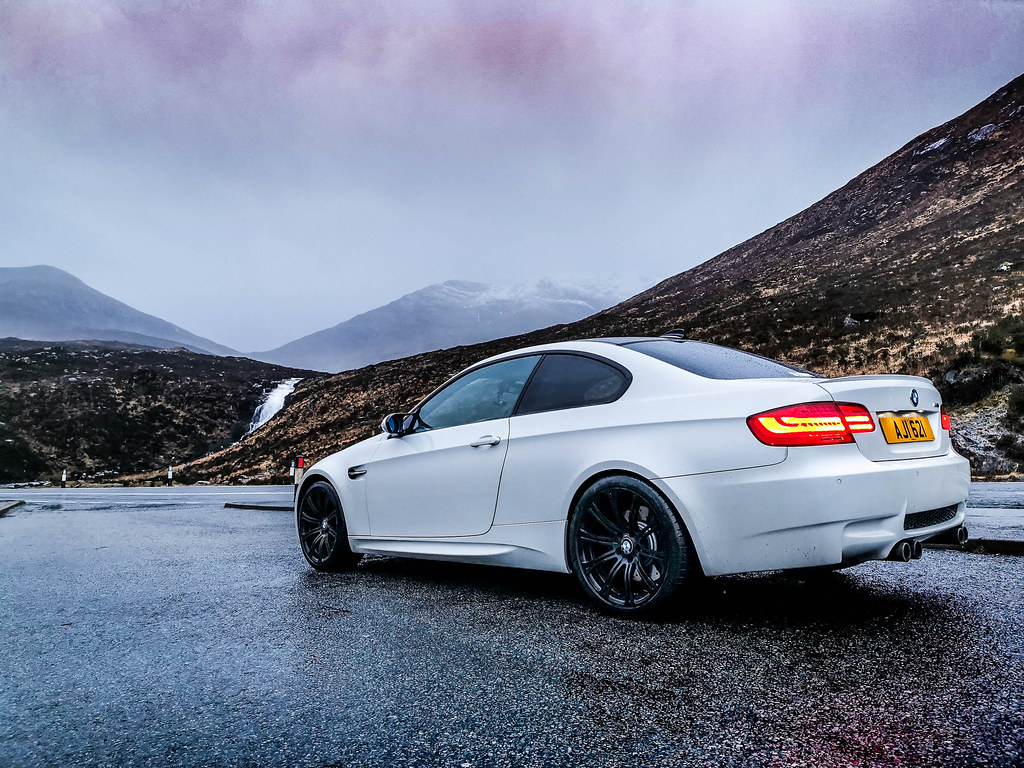 360 degree views in the isle of skye

By this point, My M3 & I had completely bonded. This car, even after (AT THIS POINT) just over 2 years of ownership, and this was the most in tune I had felt with this car, the roaring V8, the Pilotsport 4s tyres were just absolutely incredible. Being able to let that V8 scream through some of these picturesque places, was a dream come true and one that I am absolutely lusting for during this Corona virus fucking bollocks. 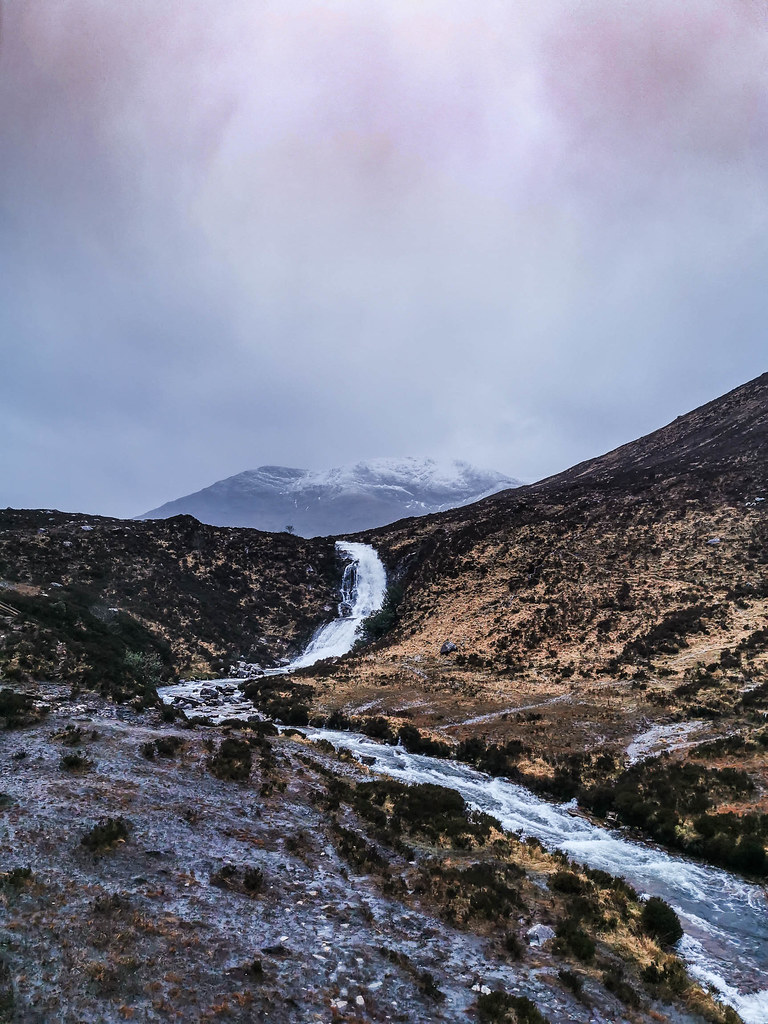 Natural Waterfalls which I could stare at for hours 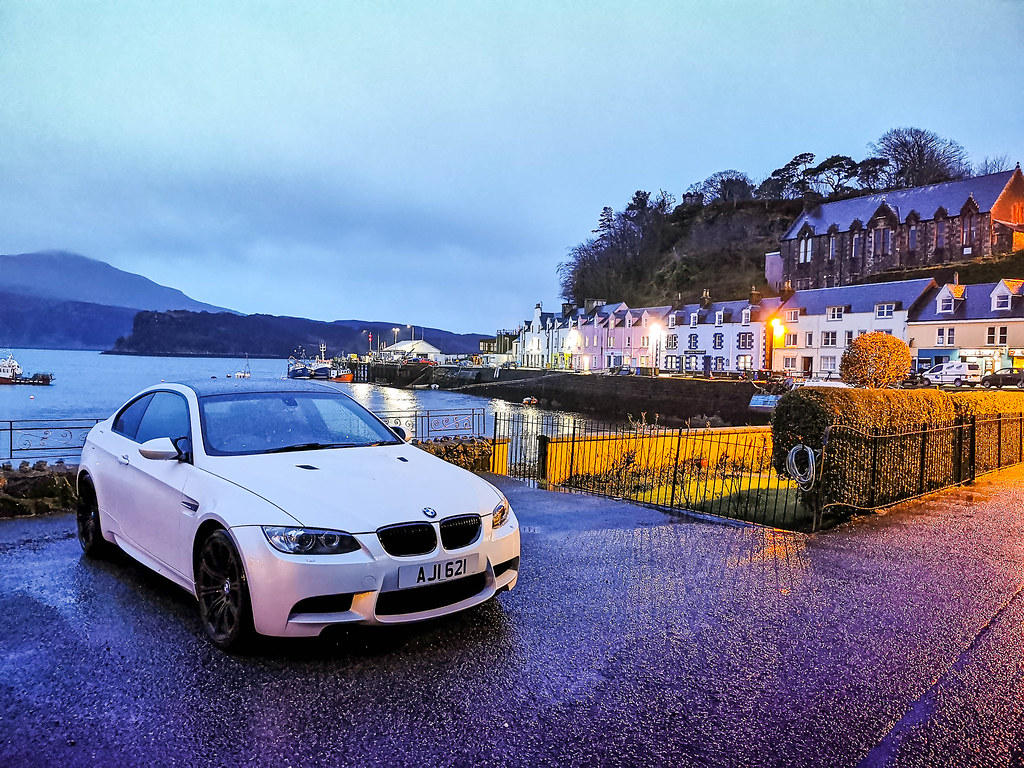 Little bit paniced by this point as realising I had no where to stay, I hoped on Booking.com & found this incredible little place on the front, but being unable to book it online, it meant knocking on a little old ladys front door asking if she had a room spare, thankfully she was absolutely wonderful & let me in, sorted a room & fed me in the morning! I really feel for her looking back. As this was the weekend before Boris implemented the first national lockdown. She was saying she was really worried as she had no bookings for over a week & was curious to how it was all going to pan out for her. I really hope one day I can swing back via her little b&b and stay another night in this beautiful place 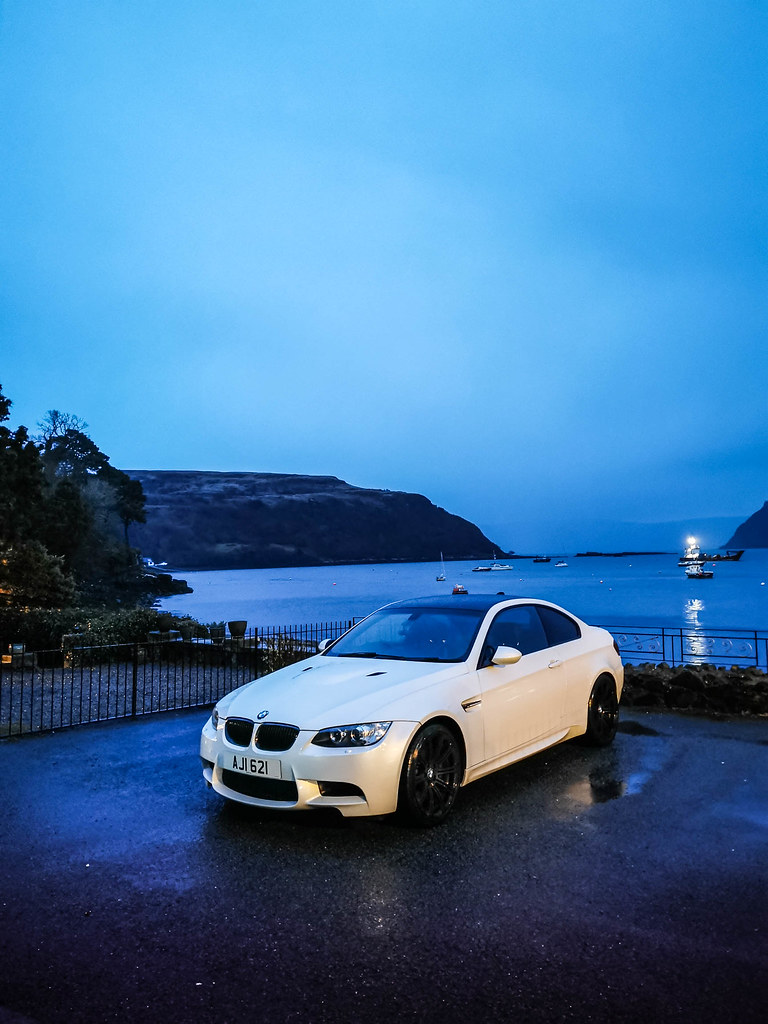 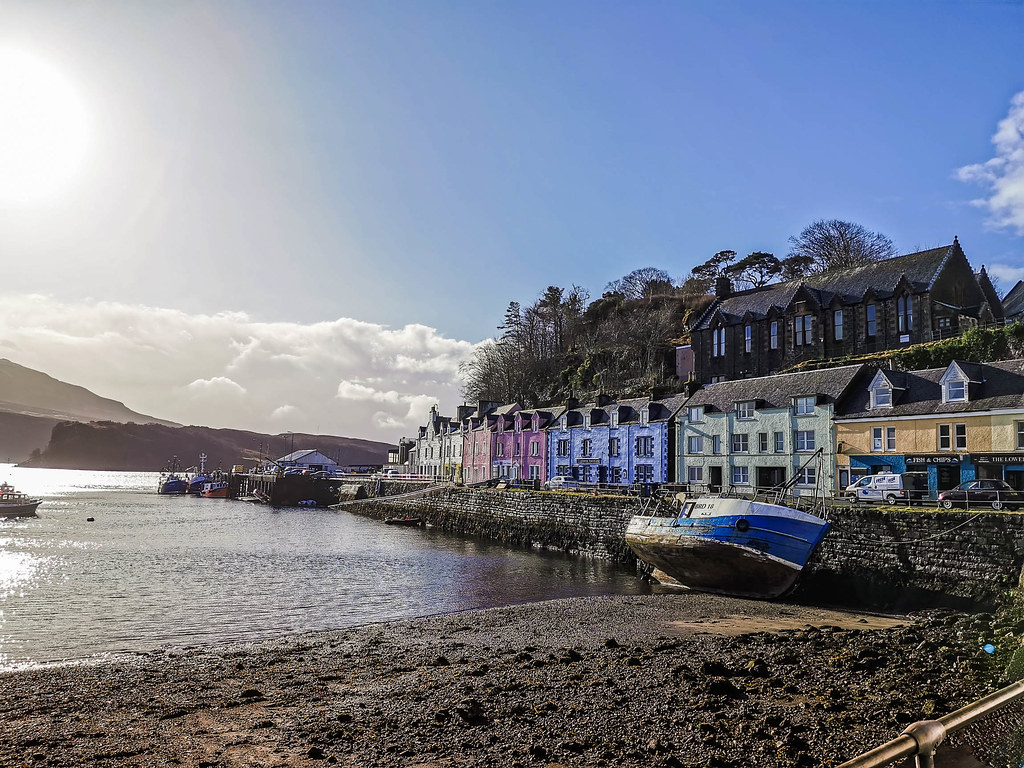 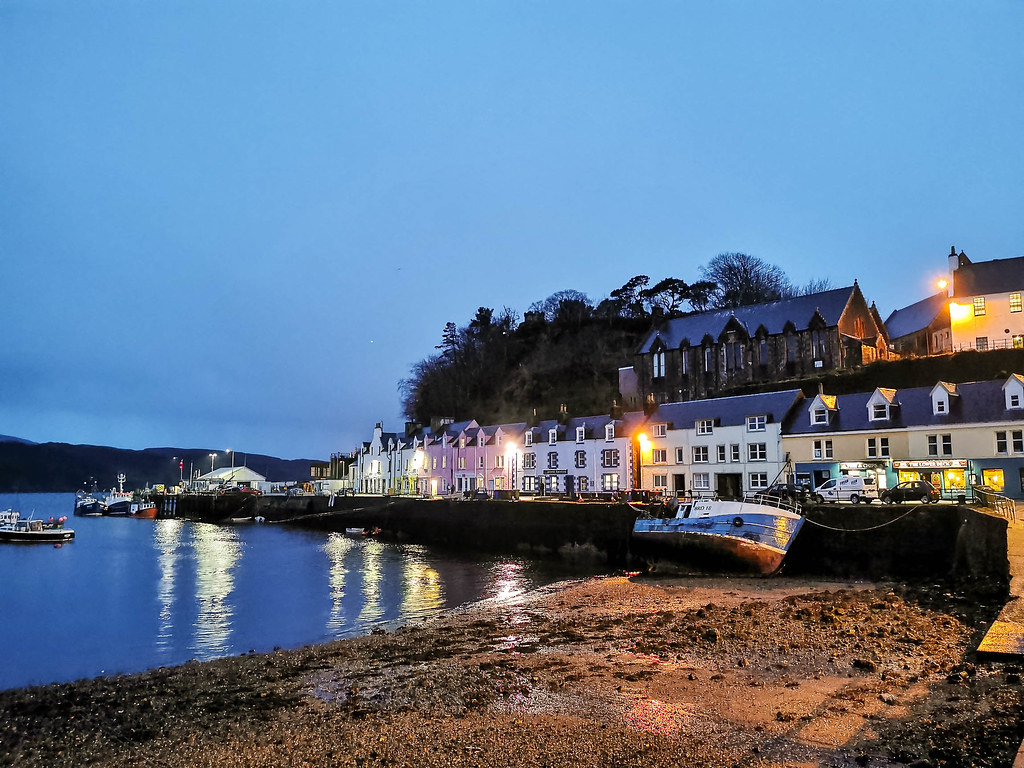 This incredible place is called Portree, I highly recommend staying here if you do go to Isle Of Skye 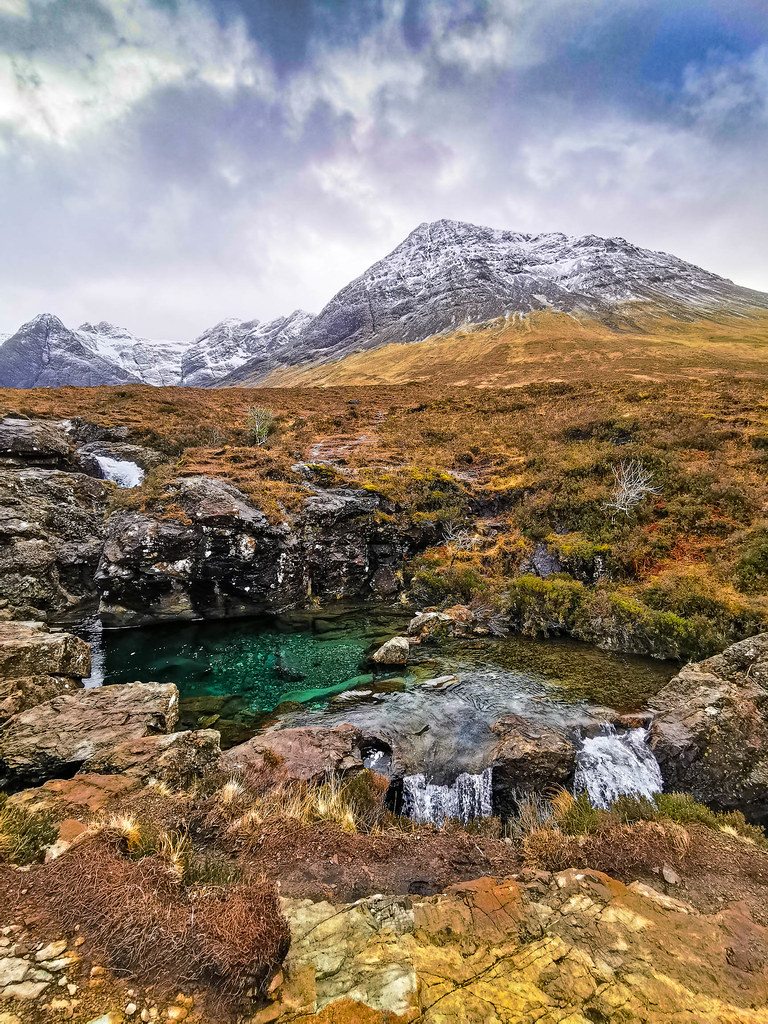 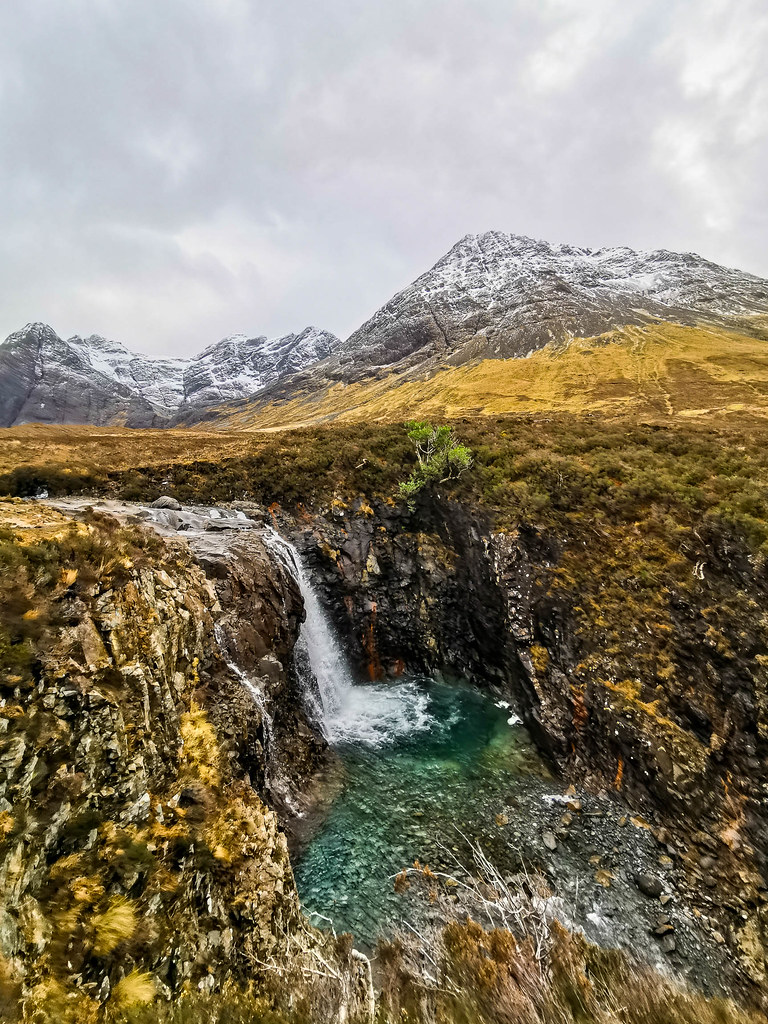 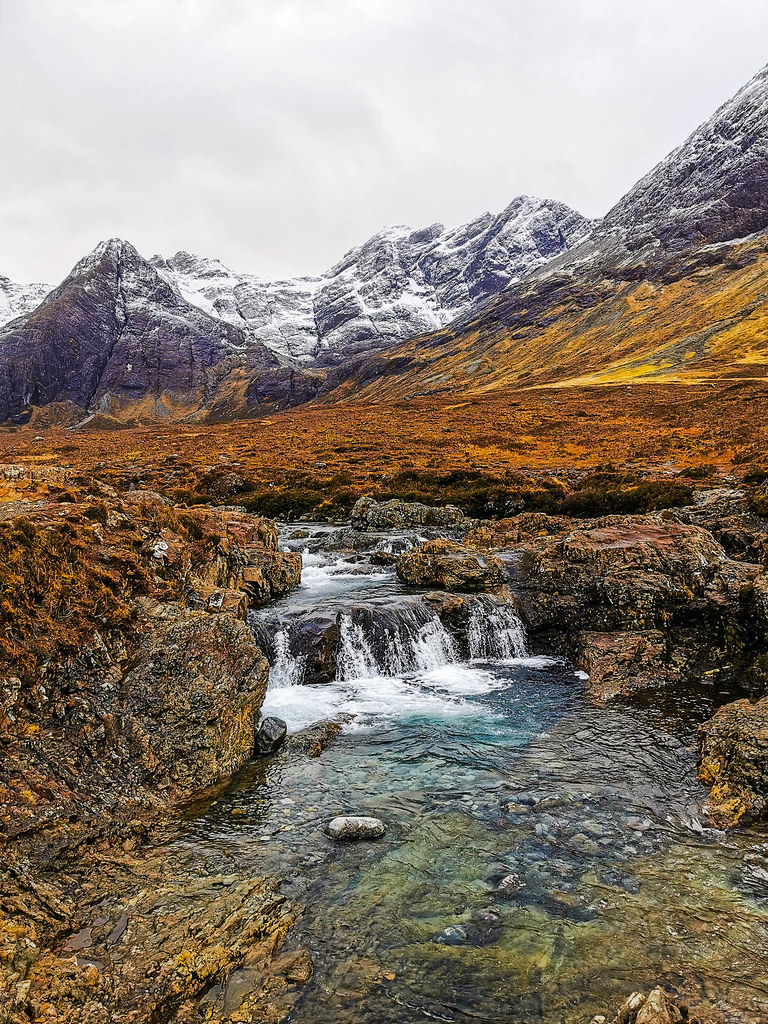 Like I mentioned, I had to make the walk up to the Fairy Pools. absolutely stunning. Bloody freezing to get there with a wet foot because i stood in a puddle, but it was just stunning, fresh air, mountains. Bliss. 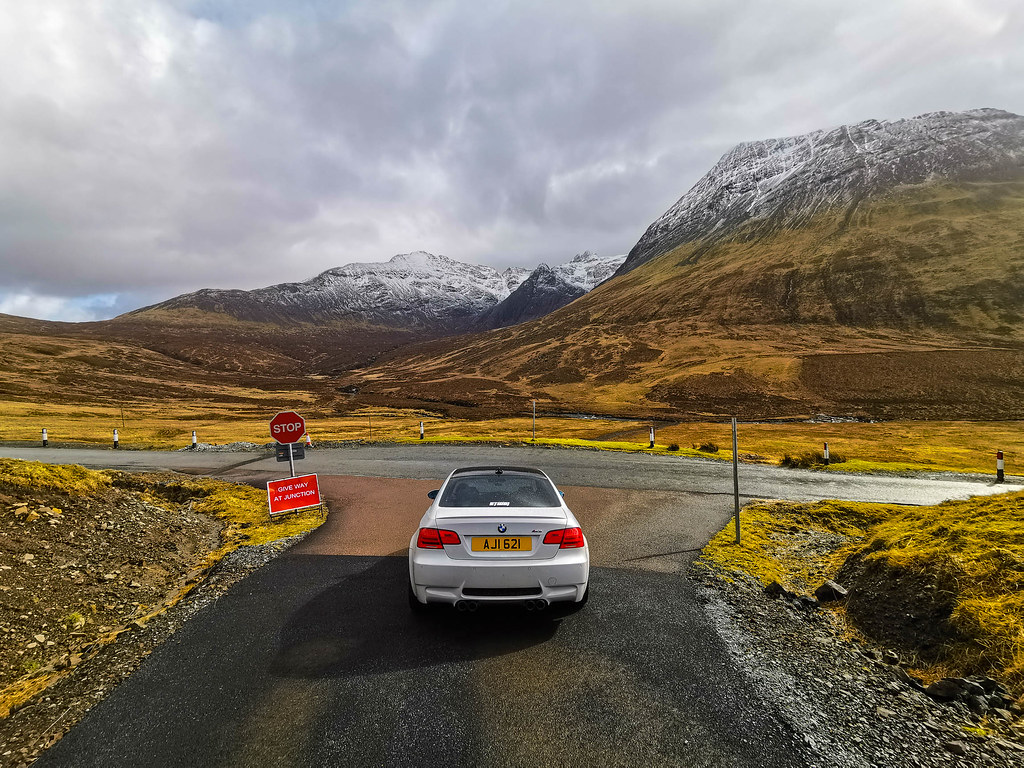 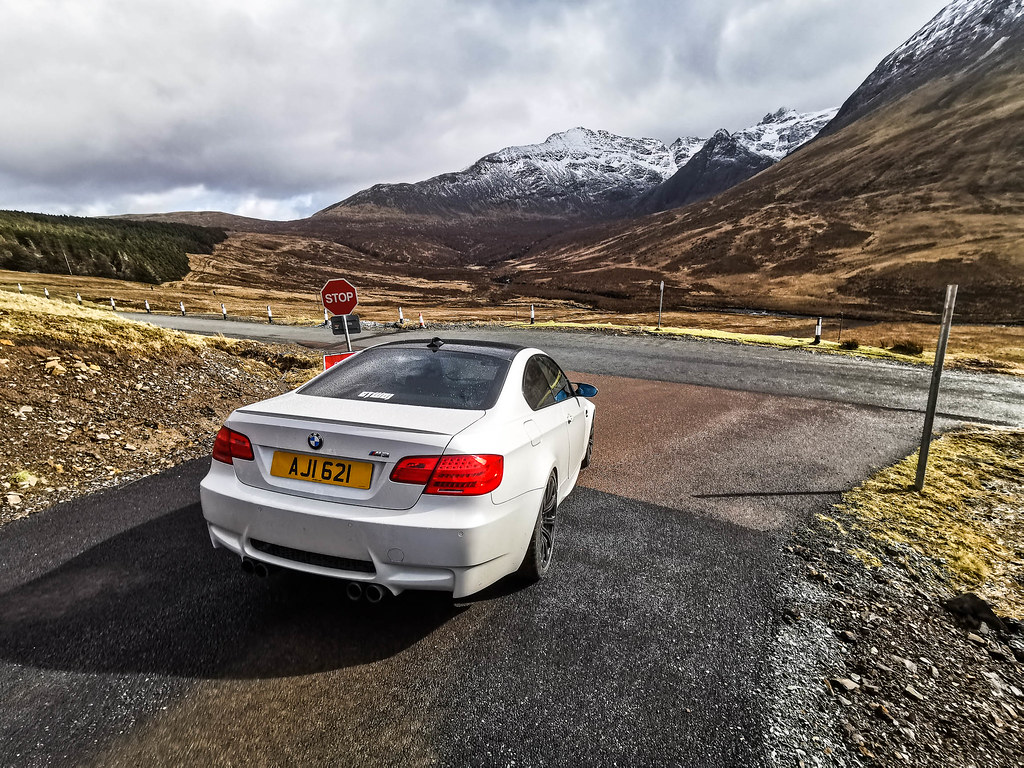 After this, The long journey home started & although at the time I was dealing with a lot. So being able to find the courage to write about that period of my life has only really became a reality again. Its enabled me just writing this short Roadtrip journal that I have missed this so much. I miss being behind the Camera. ALL photos in this blog were taken on a Huawei P30 Pro phone, I know, I cant believe it either. But technology has given me no excuse going forward to not getting the blog back to life.

I really hope you've enjoyed something from this. Il be honest, I left this half written from April time. Heartbreak does stuff to a man. But we're back. Ive also been stock piling features for the blog along side my youtube, so there will be plenty to come from this.

Thank you for reading. 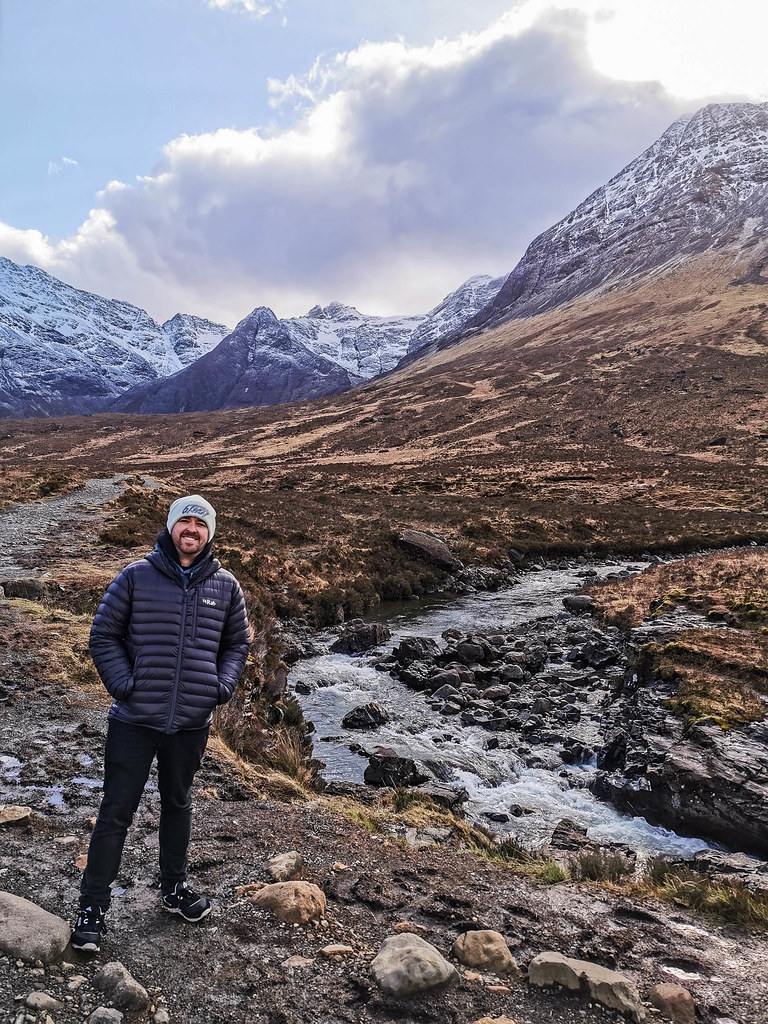